Video and photos by Wang Haolan except otherwise stated

The Chinese team returned to the Winter Olympics for the first time in 12 years, and made it back to Division I Group A at the World Championships with an unbeaten run in Group B during an 11-year period. 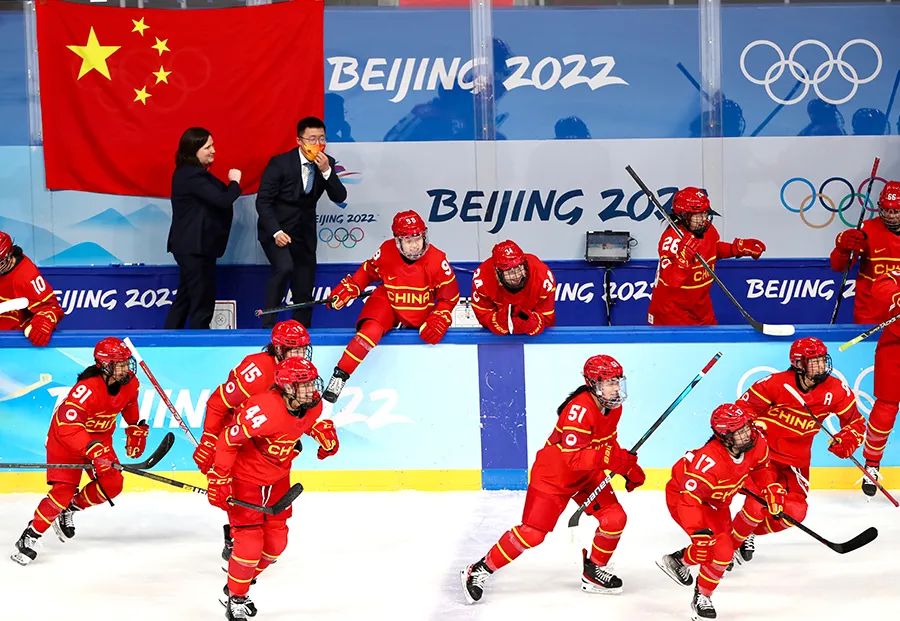 Members of the Chinese women's ice hockey team celebrate at a group match between China and Japan at Wukesong Sports Centre in Beijing on Feb. 6 during the 2022 Olympic Winter Games. China Daily

Behind these achievements are the five years of persistent dedicated effort by the Shenzhen-based Kunlun Red Star (KRS) hockey club.

KRS is China’s first professional hockey club, which was founded in Longgang District in 2017 to nurture female players to represent China at the Beijing Winter Olympics. Early this year, it sent 16 players to the national team. 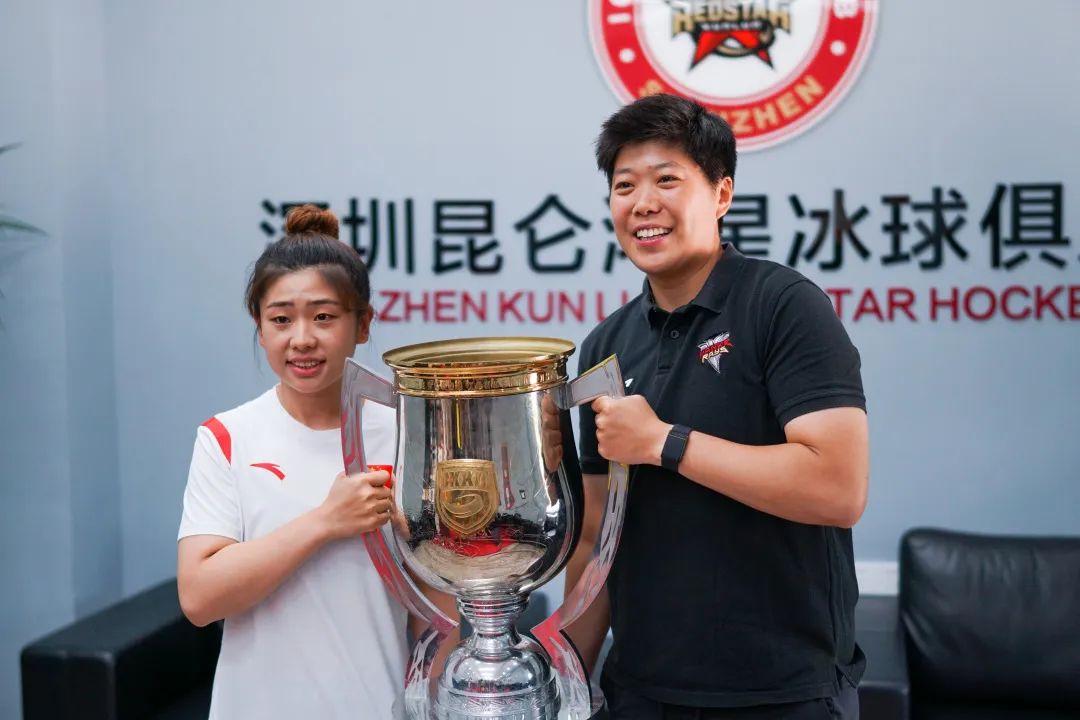 Zhu Rui (L) and Liu Zhixin, who are players of Kunlun Red Star Vanke Rays Shenzhen, pose for a photo holding the trophy of the 2021-2022 season of Russia's Kontinental Women's Hockey League.

While talking about why Shenzhen was chosen, Ao Meng, chairwoman of KRS, explained, “We visited many city candidates but Shenzhen was the best choice, as the local government offers preferential policies and the city has a young population that would like to experience niche sports like ice hockey.” 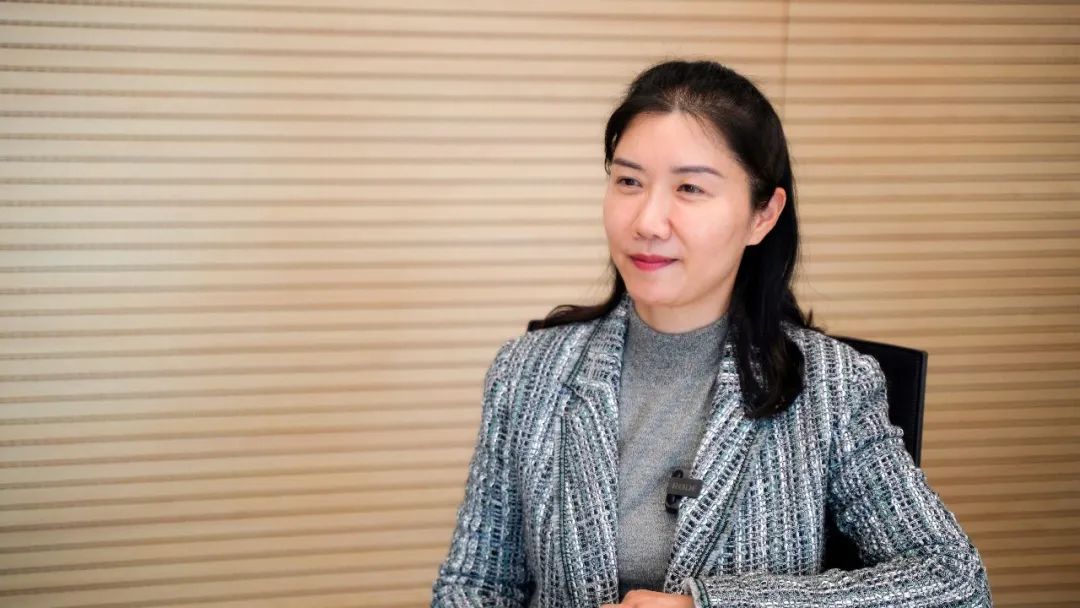 "As an economic powerhouse, Shenzhen is able to provide sufficient funding for winter sports, which is relatively expensive," she added.

With the support of the Longgang government, the club built an Olympic-standard ice hockey training base, including a 60-meter-long and 26-meter-wide hockey rink, the only one of its kind in South China. To improve the skills of homegrown female players, the club formed a combination of the best Chinese talents seasoned with some international stars and sent the team to compete in international ice hockey leagues.

Before KRS, women's ice hockey was a lesser-known sport with a limited fan base in China, and its athletes had to face a series of difficult challenges, such as the lack of access to overseas professional competitions and the shortage of financial support. Joining the club is recognized by its players as a turning point in their careers. "When I came to Shenzhen, everything was perfect, including the weather, the ice hockey stadium, the food and the accommodations. Now, I can play games abroad, earning salaries and bonuses," said Liu Zhixin, a defender of KRS Vanke Rays. Liu Zhixin (L), a defender of Kunlun Red Star Vanke Rays Shenzhen, in action against a player from SKIF Nizhny Novgorod Hockey Club at the finals of the 2021-2022 season of Russia's Kontinental Women's Hockey League. Photo courtesy of KRS 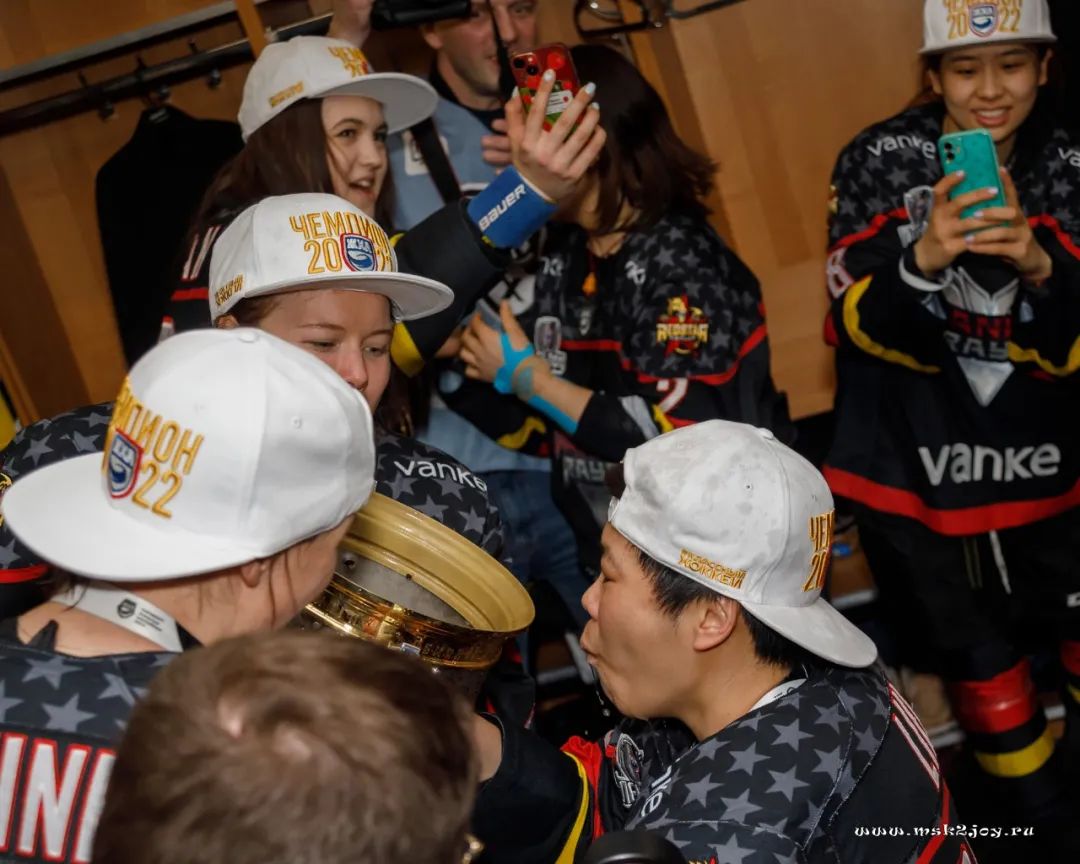 Liu Zhixin (In the lower right corner of the photo) drinks champagne from the trophy after the award ceremony of the 2021-2022 season of Kontinental Women's Hockey League. Photo courtesy of KRS

For 29-year-old Liu, the past year has been a big success: "Playing at the Winter Olympics for the second time, the World Championships and then winning the second WHL title, every single step is not easy. This year marks a milestone in Chinese women’s hockey. We are moving step by step toward joining the world’s top echelon of teams."

Zhu Rui, a 24-year-old forward, showed unyielding mettle in her debut at the Winter Olympics. She recalled that some of her teammates were injured in a hard-fought match against Japan, but “we still held together, overcame adversity and finally won the game.” Zhu Rui, a forward of Kunlun Red Star Vanke Ray Shenzhen, in action against a player from SKIF Nizhny Novgorod Hockey Club at the finals of the 2021-2022 season of Kontinental Women's Hockey League. Photo courtesy of KRS

Although these games were held out of town, the Shenzhen club kept a close eye on its players. The club’s managers, along with a new generation of Chinese players, watched live matches at the Longgang training base, cheering for their players’ victories and wailing over their defeats. 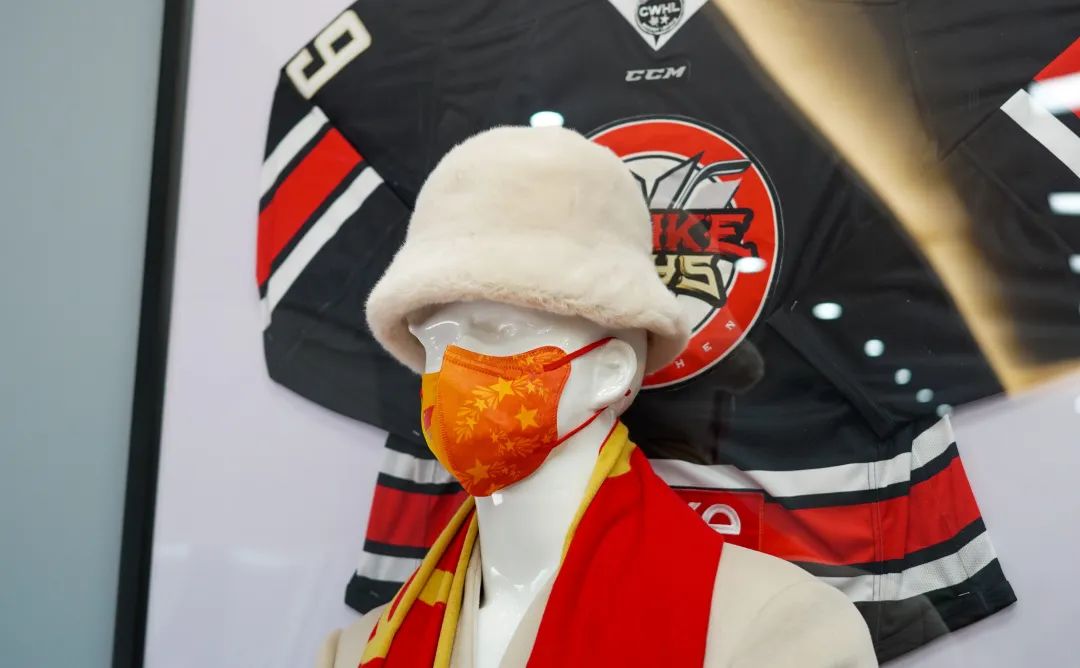 An outfit worn by members of the Chinese national teams at the opening ceremony of the 2022 Olympic Winter Games is displayed in the club.

"Our job is to inspire a new generation of young girls and boys to play hockey and make ice hockey a poster-child sport for Shenzhen," said Ao.