Li Hezhang, rector of SMBU, said during yesterday's signing ceremony held in SMBU that their students have shown a high level of enthusiasm for a series of classes organized by the university's art center. 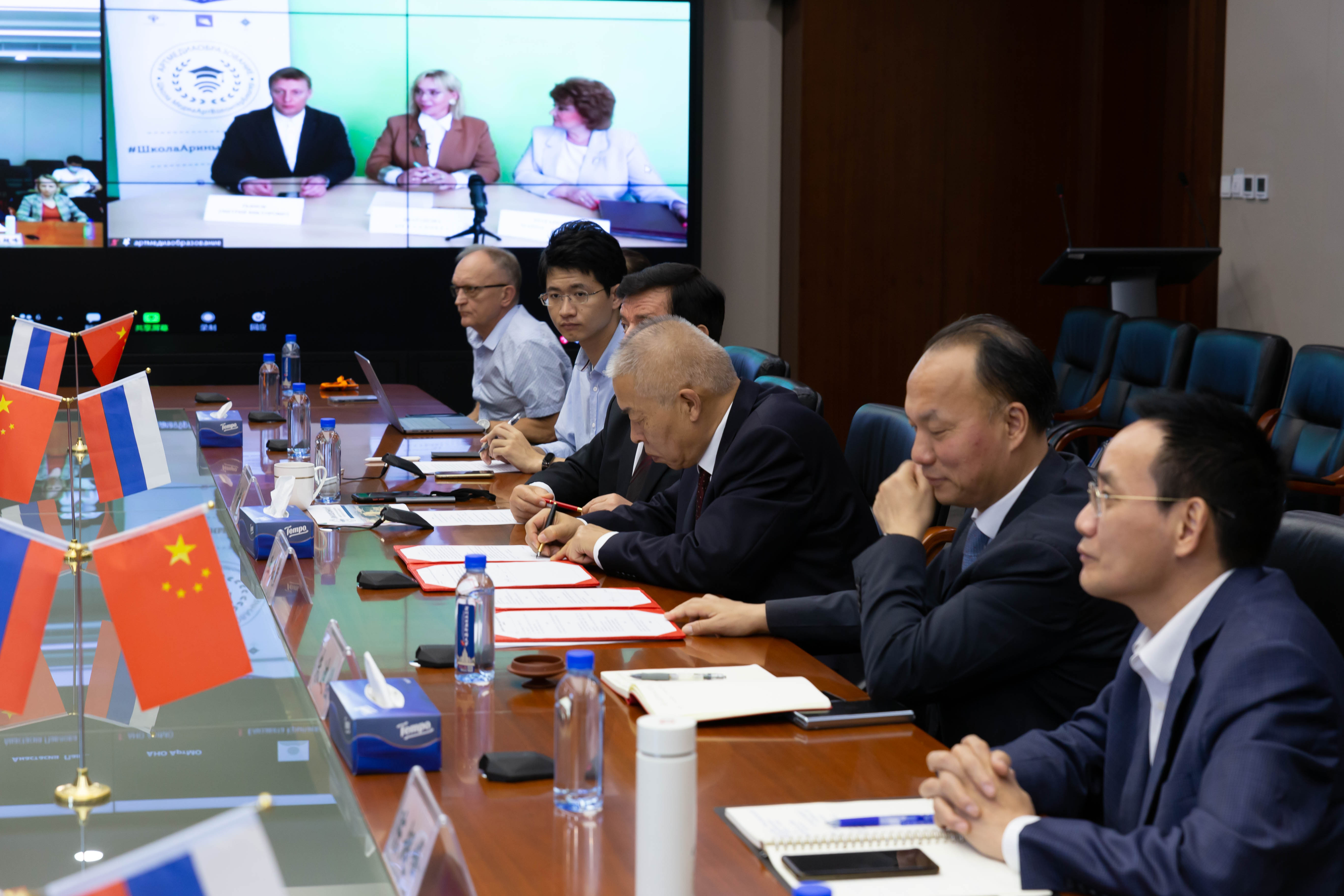 Li hoped that the two sides could take the opportunity to jointly cultivate talents by utilizing the two sides' resources and contribute to the two countries' art and media education.

SMBU planned to launch professional courses, short-term exchange programs and lectures with the art media school and invite the school's teachers to participate in SMBU art center's activities as well as the design of media studies majors, according to Li.

Sharapova said via video link that the school aims to provide the best teachers and educational resources to SMBU students under the cooperation.

Sergey Shakhray, first vice rector of SMBU, introduced SMBU to Sharapova and representatives from the art media school via video link at the ceremony.