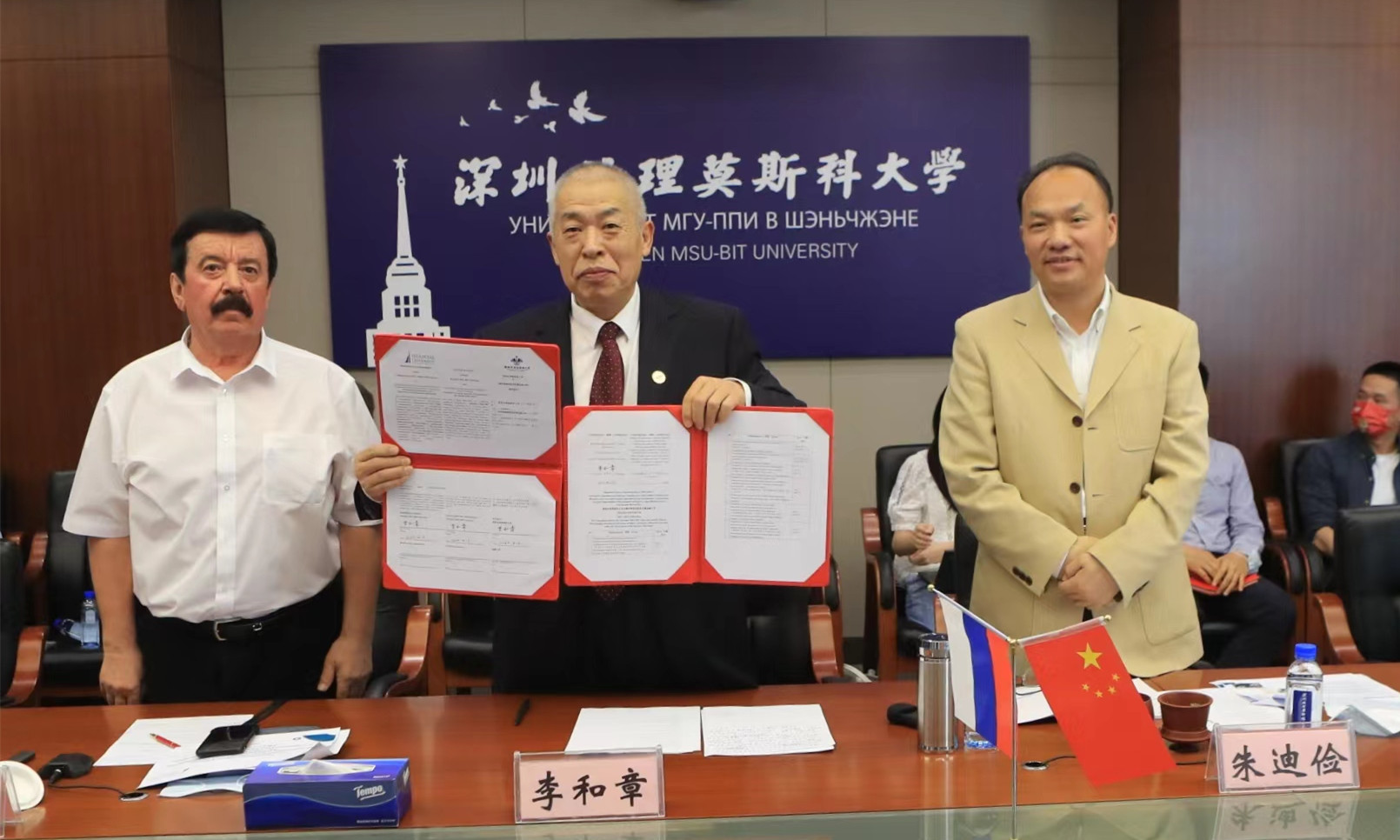 Li Hezhang (C), rector of Shenzhen MSU-BIT University (SMBU), displays documents at a ceremony held at the university yesterday, at which SMBU and the Financial University under the Government of the Russian Federation signed a letter of intent for cooperation via video link. Both sides agreed to cooperate in research, education, culture and information. Sun Yuchen

The objective of the cooperation is to establish and develop research, educational, cultural, information and other forms of cooperation between SMBU and Financial University.

Li Hezhang, rector of SMBU, suggested at the meeting that the cooperation will further promote cultivating bilingual students and contribute to long-term and sound development of China-Russia relations.

Li expected various exchange activities to be held for the two universities' students and teachers and invited Russian students who are interested in Chinese culture to major in Chinese language at SMBU, a new program the university will launch this year.

Financial University, with a 100-year history, is one of Russia's oldest higher education institutions where financial experts, financial law experts, economists, IT experts, mathematicians, sociologists and political scientists are trained.