Medical workers in Shenzhen have drawn Bing Dwen Dwen, the Beijing 2022 Olympic Winter Games' official mascot, on their medical gowns to root for the Games and the city's fight against COVID-19, Shenzhen Evening News reported Thursday. 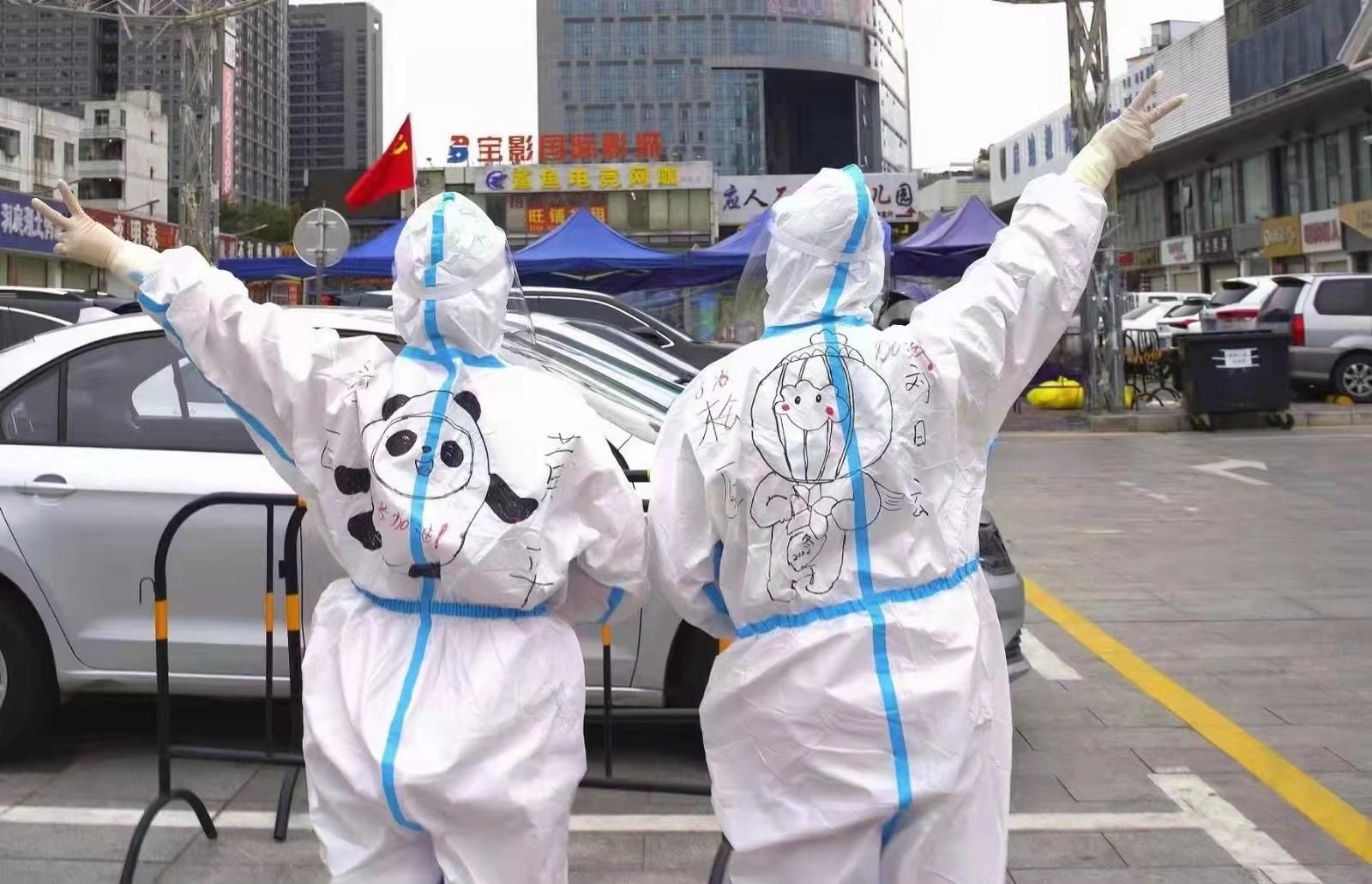 The mascot has taken the internet by storm and won widespread popularity for its lovely image and fully positive energy after the Games officially opened on Feb. 4.

On the evening of Feb. 6, a photo of a local medical worker with Bing Dwen Dwen drawn on her gown quickly went viral on the internet.

In the photo, an anti-epidemic worker in a white medical gown was concentrating on taking nucleic acid samples for residents standing in line at Nankeng Community in Bantian Subdistrict, Longgang District. Under the adorable hand-drawn mascot read "Go China, Go Shenzhen!"

The medical worker in the picture is Peng Caifei, a pharmacist from the Second People's Hospital of Longgang District. Speaking of Bing Dwen Dwen, Peng said, "I think Bing Dwen Dwen is so cute! I drew it before my shift today."

Peng told the News that she wanted to cheer for the Beijing Winter Olympics, anti-epidemic workers and Shenzhen in this way.

A netizen said after seeing the photo, "It felt great. It’s full of strength. Bless our motherland!"

Citizens returning to the city after the Spring Festival holiday can also get a Bing Dwen Dwen sticker after completing their nucleic acid test at Wankecheng Community in Bantian Subdistrict. 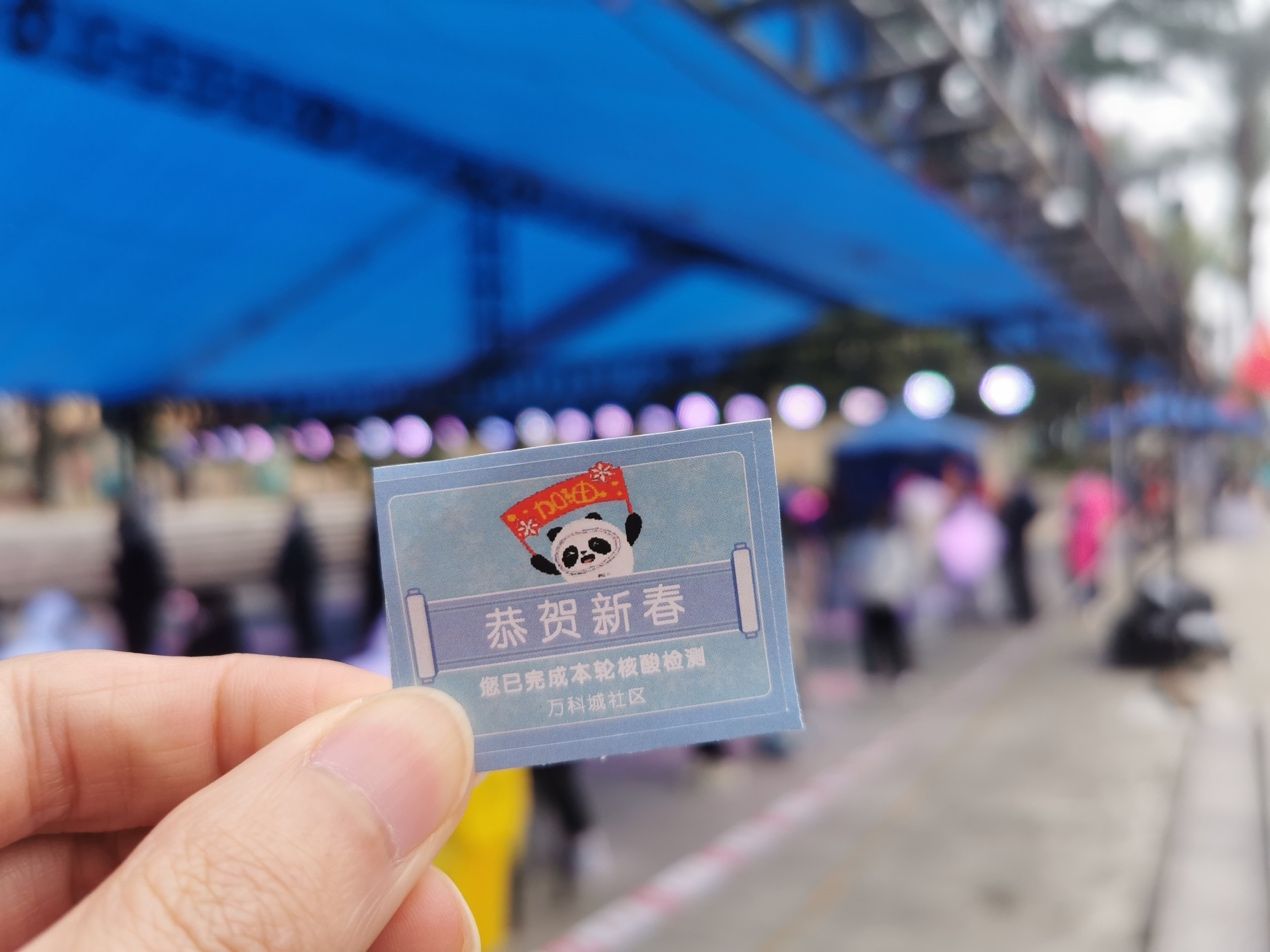 A resident receives a Bing Dwen Dwen sticker after completing a nucleic acid test in Bantian Subdistrict in Longgang District.

"We want to cheer for Chinese athletes and root for epidemic prevention and control in this way!" Li Jiahui, a community staffer said.

The sticker features Bing Dwen Dwen holding a red flag that reads "加油" (Chinese characters that are often used as a cheer, or a form of encouragement), as well as the blessing "恭贺新春" (Best wishes for the New Year).