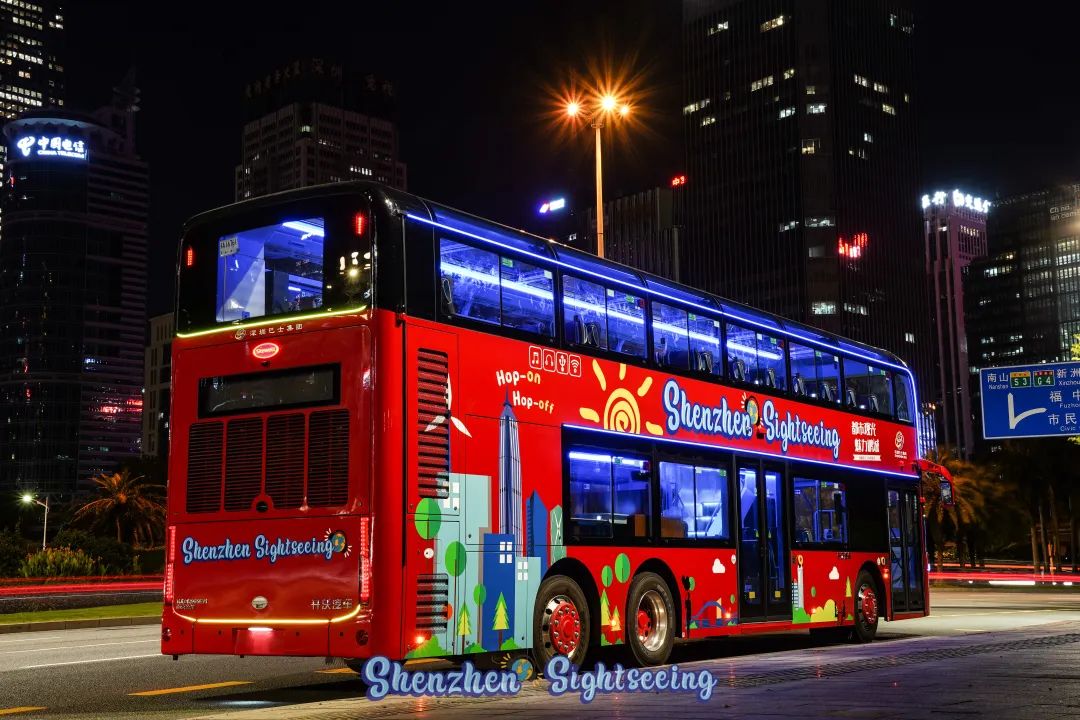 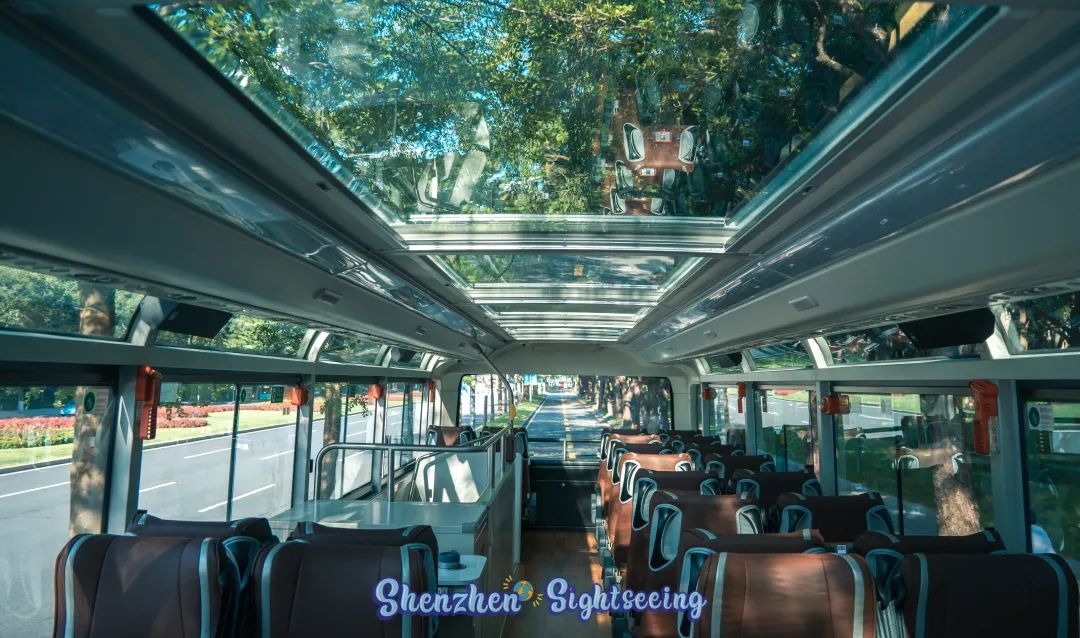 Each double-decker sightseeing bus has a transparent glass roof to ensure your enjoyment of the colorful sights in the city. 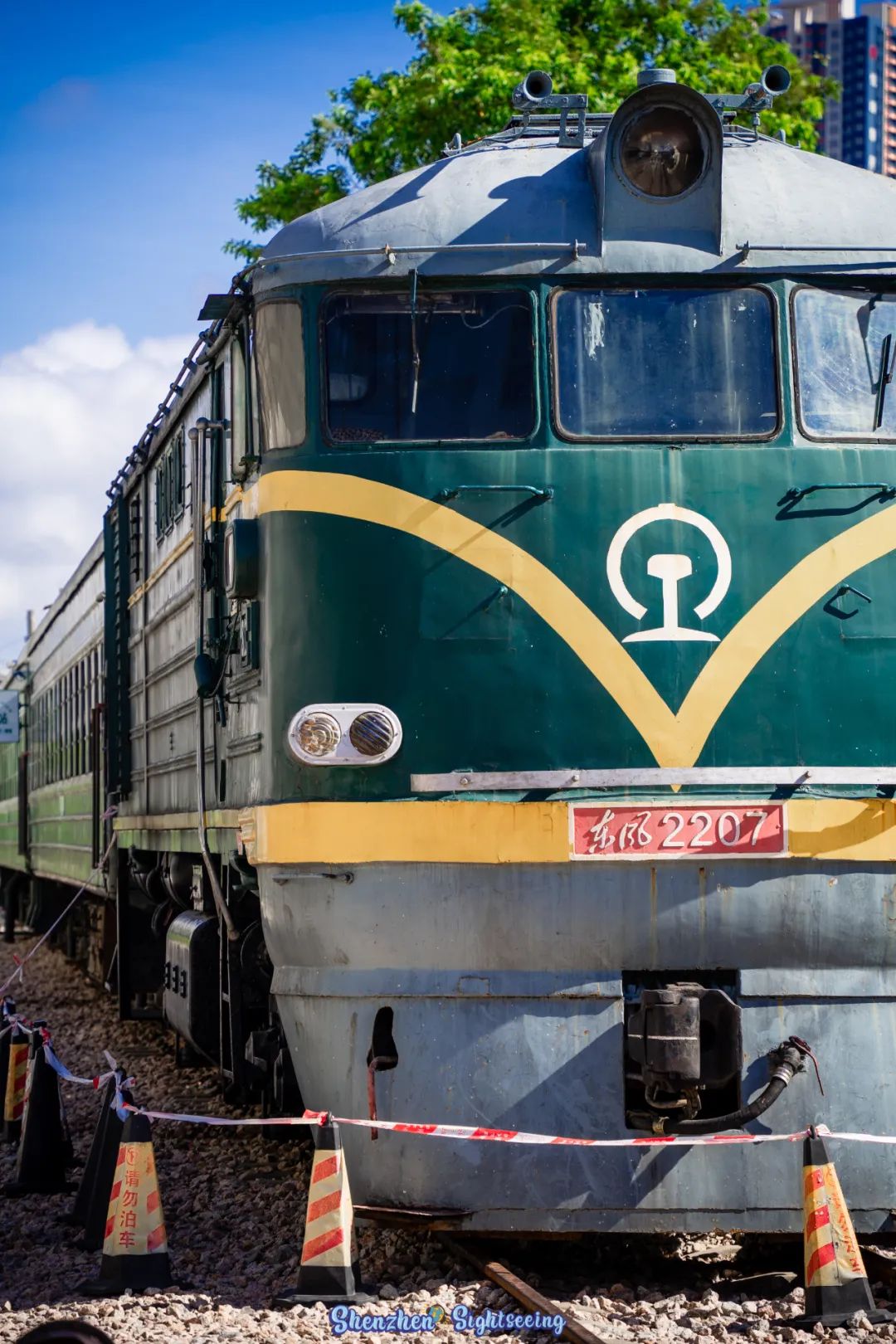 A retro train is seen at the railway-themed park in Caopu in Luohu District. Shoppers on a long escalator at the Wanda Plaza shopping mall in Longgang District.

The entrance to Gankeng Hakka Town in Longgang District.

The line covers spots in Luohu and Longgang districts, providing passengers convenient access to taste Hakka food and wander in the old Hakka town in Gankeng, ride Shenzhen's longest indoor escalator at the Wanda Plaza shopping mall, immerse themselves in art at Dafen Oil Painting Village, and hop on old green trains at a railway-themed park in Caopu.

Each double-decker sightseeing bus has a transparent glass roof to ensure your enjoyment of the colorful sights in the city. With 24-hour or 48-hour tickets, you can take unlimited rides on the lines during the valid period of your tickets. Tourists can enjoy free audio guides on the sightseeing buses in eight languages, including Chinese, English, French and Japanese.

When you buy tickets on a WeChat miniprogram, it will show you the nearest bus stop according to your location.