Line 14 to begin service Oct. 28, along with 3 new transport hubs 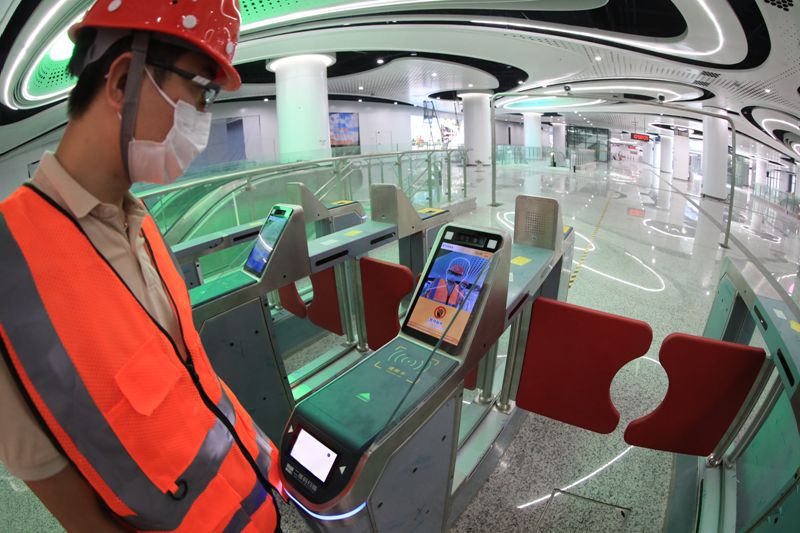 Metro Line 14 is scheduled to be put into service Oct. 28 and three newly built transport hubs will be operational on the same day, Shenzhen Metro Group announced Friday.

Line 14 is a fully automated line that runs through Pingshan, Longgang, Luohu and Futian districts, and the first Metro line in Pingshan. The 50-kilometer line starts from Gangxia North Station and ends in Shatian Station in Pingshan. It has 18 stations and will be equipped with GoA4 transport system, the highest-standard driverless train operation system in the world.

By applying technologies such as train sleep wakeup, obstacle/derailment detection and remote reset and rethrowing, full-time, all-weather unmanned trains can be realized.

The line's signaling system can achieve around-the-clock uninterrupted service, improving operational efficiency and transport capacity. At the same time, the trains' stop time and intervals are shortened, thereby improving the line's running speed, punctuality rate and comfort during the ride.

As a super hub where four Metro lines will meet, the Gangxia North Comprehensive Transport Hub will offer transfers for lines 2, 10 and 14, and Line 11's under-construction Phase II, which will be put into use by 2025. In the future, it will be connected with Line 1's Gangxia Station through underground business streets.

The Huangmugang Comprehensive Transport Hub will offer exchanges between lines 7, 14 and the planned Line 24. The station adopts a photovoltaic power generation system that can generate 379,600 kwh a year and reduce 378.4 metric tons of carbon emission, saving 152 metric tons of standard coal.

The Universiade Comprehensive Transport Hub will offer transfers for lines 3, 14, 16 and the Shenzhen International Airport-Daya Bay Intercity Railway. It will enhance the connectivity between the city's eastern area and Futian CBD.

Meanwhile, lines 12 and 16, as well as the spur line of Line 6, will also be put into operation this year, bringing the Metro network's total length to over 500 kilometers. Line 12 starts from Zuopaotai Station in Nanshan and ends at Waterland Resort Station in Bao'an.

Line 6's 6.14-kilometer spur line has four stations and will be connected to Line 1 of Dongguan City. Line 16 runs 29.2 kilometers from the Universiade Comprehensive Transport Hub in Longgang to Tianxin Station in Pingshan.