Revolutionary sites with a red history

On Xiangshan Road in Shanxia Community, Pinghu Subdistrict, Longgang District, there used to be ancestral halls which were built in 1885 for the Yan and the Ye families. In the first half of the 20th century, the traditional Guangdong houses witnessed Pinghu people's indomitable spirit and the area's revolutionary history. The Shanxia Museum of Revolutionary History is located in Pinghu, Longgang District. Photos by Sun Yuchen except otherwise stated

In the Nationalist Revolution (1924-1927), a vigorous anti-imperialism, anti-feudal warlord revolutionary movement, a peasant association and a peasant self-defense troop were formed in February 1926 in Shanxia to fight against feudal landlords. 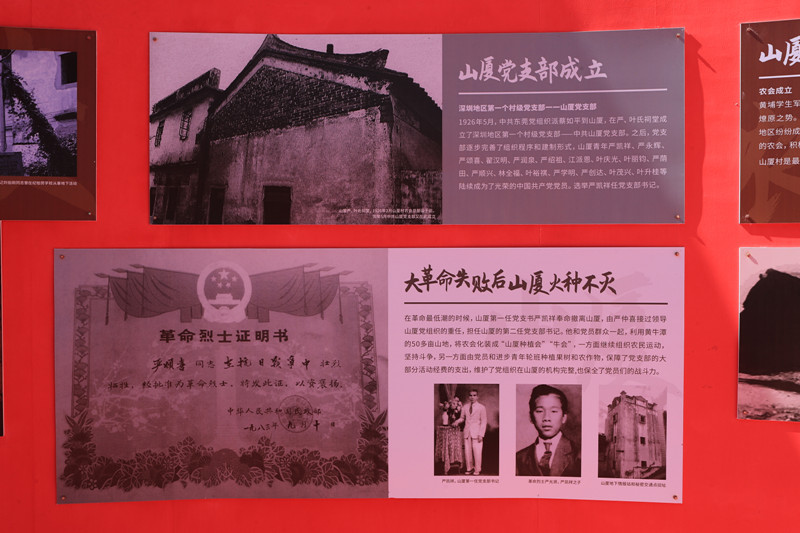 Information and old photos on the history of the CPC Shanxia branch.

In May 1926, the Communist Party of China (CPC) organization in Dongguan sent Cai Ruping to set up Shenzhen's first CPC village branch at the ancestral halls. Yan Kaixiang was elected as the first secretary and 17 aspiring youngsters in Shanxia Village became CPC members. Sculptures of revolutionaries on display inside the Shanxia Museum of Revolutionary History. Photo from WeChat account "lgrm6666"

During the revolution, Yan Zhongxi, the second secretary of the CPC Shanxia branch, organized CPC members and villagers to plant fruits and farm produce both to disguise their revolutionary actions and to support their living. 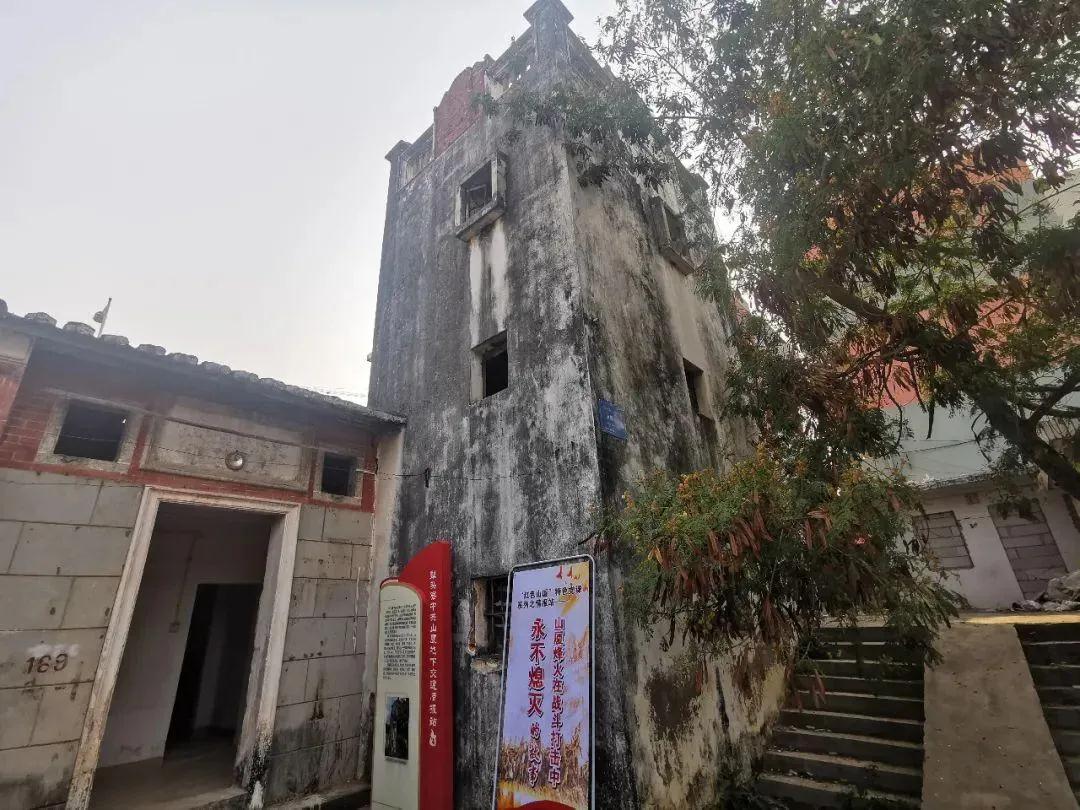 The Shanxia Blockhouse built in 1907, near the Shanxia Museum of Revolutionary History, used to be an intelligence station for the CPC Shanxia branch. Photo from WeChat account "lgrm6666"

Under the leadership of the CPC, people in Pinghu actively joined the army. Fourteen villagers from the small village of Hongzhuling joined the Dongjiang Column, while more than 10 Shanxia people sacrificed their lives for the national independence and liberation. Profiles of martyr Cai Masheng, CPC officials Liang Zhong and Liang Lian and soldier Cai Guijin. They were all from Shangmugu Village in Longgang District.

From 2005 to 2009, the ancestral halls were refurnished and turned into the Shanxia Museum of Revolutionary History, covering 360 square meters. Near the museum, a 6.3-meter-tall monument, erected in 1984, is inscribed with the words "Shanxia Revolutionary Martyrs Monument" written by Wang. Names of 17 Shanxia martyrs during the wars from 1924 to 1949 are also inscribed on the monument to commemorate their bravery and glory. An exhibition on Shanxia's revolutionary history outside the Shanxia Museum of Revolutionary History.