Shenzhen tech giant, Huawei, announced the winners of its biennial Top 10 Invention Awards yesterday at a forum on IP (intellectual property) and innovation at its headquarters in Longgang District.

The award is designed to recognize inventions that could create a new series of products, become important commercial features of existing products or can generate considerable value for the company and the industry.

Through a short video, the award-winning inventions’ application scenarios were presented in a vivid and comprehensible manner. They range from an adder neural network that significantly reduces power consumption and circuit area to a game-changing "optical iris" that provides a unique identifier for optical fibers. It is designed to help carriers manage their network resources, cutting time and costs associated with broadband deployment. Song Liuping, Huawei’s chief legal officer, said at the forum, "We are eager to license our patents and technologies to share our innovations with the world. This will help broaden the innovation landscape, drive our industry forward and advance technology for everyone."

By the end of 2021, Huawei held more than 110,000 active patents across over 45,000 patent families. It has filed the most patent applications with the EU Patent Office and ranked fifth in terms of the number of new patents granted in the U.S. 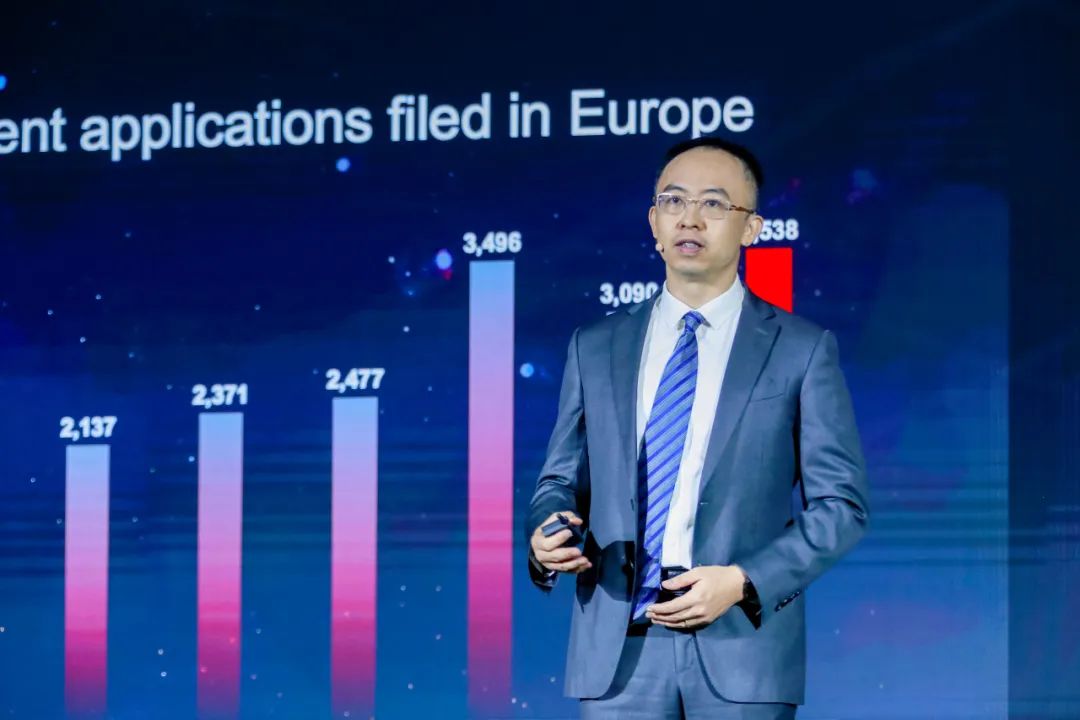 Alan Fan, head of Huawei's IPR department, at the forum.

He added that the company is expected to establish a new patent pool to give the industry "quick access" to Huawei's patents for Wi-Fi devices worldwide. It is also considering joint licensing programs for 5G patents with licensing experts and other leading industry patentees.

Through a video speech, Manuel Desantes, former Vice President of European Patent Office, contended that what matters most is not the number of IPs, but their quality. "The IP system should assure that the creations that merit protection are those that bring actual value," he said.

The forum marked the third innovation and IP-themed event Huawei has hosted on its innovation practices.

In 2021, the enterprise increased its R&D investment to 142.7 billion yuan (US$21.3 billion), accounting for 22.4% of the total revenue. Both figures have reached a 10-year high, making the company the world's second largest investor in R&D, according to the 2021 EU Industrial R&D Investment Scoreboard.